UNRB will be performing during Chillin’ Music Fest 2015 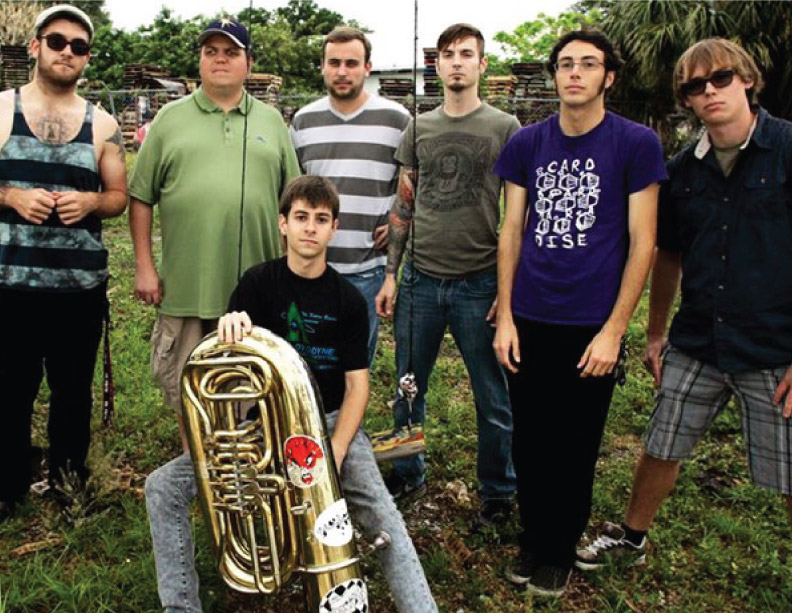 UNRB will be performing during Chillin’ Music Fest 2015 at Curtis Hixon Waterfront Park in Tampa on October 17, 2015.

UNRB is a 7-piece band from St. Petersburg, FL. The band contains very unorthodox instrumentation, using an electric ukulele instead of a guitar and featuring a powerful 4-piece horn section that routinely switches instruments between songs. Their music touches almost every genre including ska, rock, funk, blues, jazz, reggae, polka, even some classical… nothing is off limits. Their live shows are extremely high-energy and often include brief humorous banter in between songs. With this combination of explosive sound and electrifying stage presence, UNRB quickly established itself in the Tampa Bay area and built a loyal fan base.

In the summer of 2011 they embarked on a statewide tour, recorded a self-titled EP (available on iTunes and CD Baby). 2012 included performances at Busch Gardens, Beach Bash (largest one day concert on the beach in the South), the House of Blues, and NASCAR at Homestead.

UNRB has received some recognition for their talent, winning the grand prize at the 2011 Pigfest Regional Battle of the Bands in Tallahassee and winning the 2011 Songwriter’s Showcases of America “Most Unique Style” Award at the 11th Annual DeLand Original Music Festival.
​
For 2013, UNRB was featured on the cover of Tampa Bay’s Mayhem Magazine, Feb. issue and appeared at Sunfest in direct support for Less than Jake and Reel Big Fish. UNRB’s 13 track album, “Inform the Masses” was released on June 7th, to a packed venue at State Theatre in Downtown St. Pete.