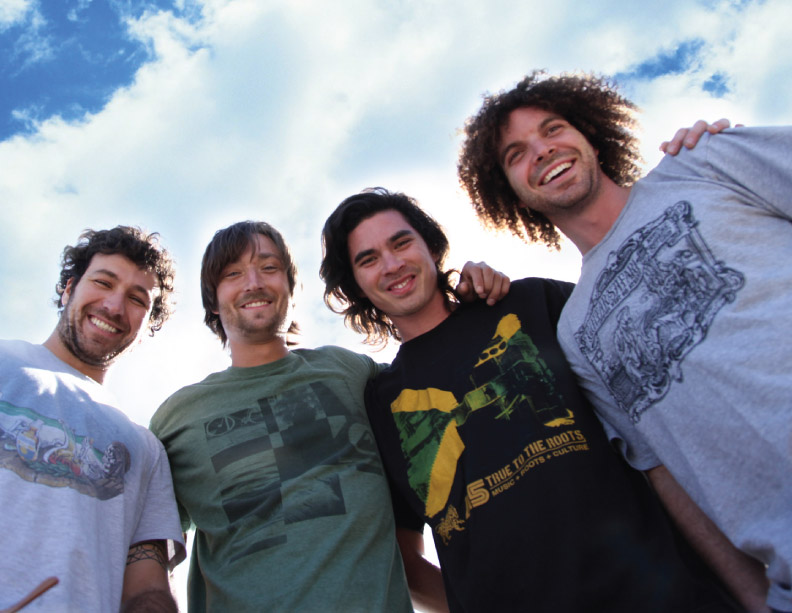 Launched in Duxbury, Massachusetts, Stick Figure showcases the talents of multi-instrumentalist and producer Scott Woodruff. Stick Figure’s music has a unique style that creatively blends upbeat roots reggae with the reverberating echoes of dub. Often referred to as the “one man band,” Scott single-handedly created 4 full length albums from 2006-2012 (a fifth album, “Reprise Sessions,” was recorded with a full band and released in 2010), and has sold over 50,000 albums worldwide. Each of Stick Figure’s songs are created by recording instruments individually, layering tracks on top of one another in unison.

During the summer of 2009, Scott moved from East to West Coast, laying down roots in California, where he currently resides. In June of 2012, he released his most recent album, “Burial Ground,” arguably Stick Figure’s most extraordinary work to date. After hitting #1 on both iTunes and Billboard Reggae charts, Scott decided to bring the music to the people, putting together a live band and heading out on the road. The current lineup adds the creative, musical talents of Kevin Bong (Keyboards), Kevin Offitzer (Drums) and Tommy Suliman (Bass).

In the Fall of 2012, Stick Figure embarked on their first ever tour, linking up with The Green and performing 18 shows along the East Coast. Their debut tour ignited flames under both the band and dedicated fans who’ve been patiently waiting to hear Stick Figure’s music live. Stick Figure has since toured the nation with Tribal Seeds (Winter 2013), Passafire (Summer 2013), John Brown’s Body (Fall 2013), The Expendables (Winter 2014) and Rebelution (Summer 2014) and also headlined their first nationwide tour in the Fall of 2014, boasting numerous sold out dates from coast to coast. With 5 full-length albums and a top-notch live performance, the Stick Figure sound has been elevated to new heights and has the upcoming sixth studio album, scheduled for release in 2015, heralded as the most anticipated album in Reggae music.